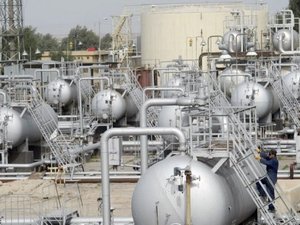 Iraq's crude output is now 2.9 million barrels per day (bpd) and the country is on track to increase production to three million bpd by the end of the year, the oil ministry said on Monday.

Oil exports, which account for the lion's share of the country's government revenues, will also rise by about 300,000 bpd by early next year, ministry spokesman Assem Jihad said.

"Early next year, exports will be 2.5 million barrels per day," from current export levels of around 2.2 million bpd, he said.

Iraqi officials have said the country will be able to produce around 12 million bpd by 2017, though the IMF has said these projections are too high.

Higher oil prices and rising exports in the first eight months of the year meant Iraq in that time eclipsed the total amount it earned from crude exports in all of 2010, according to figures published last month.

In February, Iraq approved a national budget that was based on oil prices of $76.50 per barrel and average exports of 2.2 million bpd. Partly as a result of higher oil prices, Iraq's cabinet has targeted a 36 percent boost to public spending, in a budget proposal outlined in September.