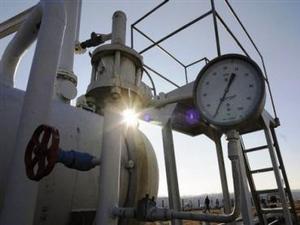 Two permits had been issued to a Dallas-based firm, Schuepbach, and the third to French energy giant Total. All three sites were in the southwest.

French lawmakers voted in June to ban tapping gas from shale rock using a technique called hydraulic fracturing, or "fracking", which has raised concerns about spills, leaks and contamination of groundwater.

The companies had failed to submit within a two-month deadline convincing plans for exploratory drilling using alternative techniques, Kosciusko-Morizet said.

"In the two Schuepbach reports, the use of hydraulic fracturing was explicitly mentioned," she said.

The Total plan did not allude to fracking but "the argument in (its) report was not credible," she added.

Total had said it would continue searching for "classic sources" of energy but this is a region where the potential for such finds was very limited, according to the minister.

"Total announced that it also wants to continue looking for shale gas with techniques that are not hydraulic fracturing but we know today that such technologies are not operational," she said.

Shale gas extraction has boomed in the United States, with thousands of wells drilled across the country in recent years.

Shale gas can be found in dense sedimentary rock which is fractured by water and chemicals that are piped in horizontally under high pressure.

Environmental concerns focus on the perceived risk of groundwater contamination by chemical residues and methane gas, as well as the contribution to the greenhouse effect of gas emissions caused by the fracking process.