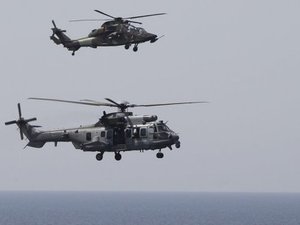 The U.S. military faces serious budget cuts and will be unable to make up any shortfalls in the NATO alliance as European members slash defense spending, Pentagon chief Leon Panetta warned Wednesday.

Fiscal pressures are bearing down on both sides of the Atlantic and NATO allies will need to work closely together to pool funds, instead of counting on America's much larger defense spending to close the gap, Panetta said.

"As for the United States, many might assume that the U.S. defense budget is so large it can absorb the shocks and cover alliance shortcomings -- but make no mistake, we are facing dramatic cuts with real implications for alliance capability," the U.S. defense secretary said in a speech in Brussels.

Although U.S. defense spending far exceeds European budgets, Panetta said American military leaders were facing $450 billion in cuts over 10 years, which he called "tough but manageable," according to a prepared text of the speech.

But if the U.S. Congress fails to tackle the country's deficit this year, the Pentagon "could face additional cuts in defense that would be devastating to our national security and to yours as well," he said.

Panetta delivered his warning ahead of talks with NATO counterparts in Brussels, centered on the missions in Libya and Afghanistan as well as the shortcomings the alliance has witnessed in carrying out the operations.