Erdogan Says Israel a 'Threat' to Region over Atomic Bomb 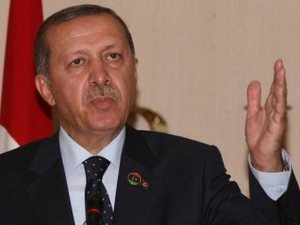 Israel is a "threat" to its region because it owns nuclear weapons, Turkey's Prime Minister Recep Tayyip Erdogan said Wednesday.

"I right now see Israel as a threat for its region, because it has the atomic bomb," Erdogan was quoted as saying by the Anatolia news agency, during an official visit to South Africa.

Erdogan in the past has accused the West of "double standards" in the way that it has tried to ban Iran from building nuclear weapons without taking similar measures against Israel.

Turkey downgraded relations with one time ally Israel after the latter refused to apologize for its raid on a Gaza-bound Turkish aid flotilla, in which its nine Turkish activists died on May 31, 2010.

Someone tell this clown that he does not fool anyone anymore. I cannot fathom how the Turkish people could vote for such a joke even though I can understand how the great people of the US can vote for an idiot like G.W. Bush or a phony like Obama. By the way, Lebanon is much better. Look at the half-butt president that we have. A FASSIDO of the highest caliber!!! Filth really begets filth.