Ivanovic Dumps Zvonareva Out of Beijing 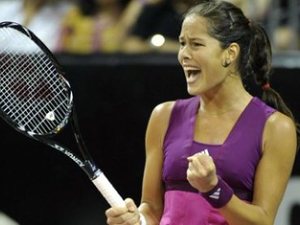 Ana Ivanovic demolished third seed Vera Zvonareva 6-2, 6-1 as the upsets continued at the China Open on Wednesday, where Agnieszka Radwanska ended home hopes on the women's side of the draw.

A revitalized Ivanovic, 23, became the first player into the quarter-finals as she showed the kind of scintillating form that once made her the highest-rated player on the women's tour.

"The beginning of the season was tough for me, I had a few injuries. But since Wimbledon I've had a new team with me, new coach and fitness coach," the Serb said.

"Things are much better. I really feel I'm on the right path," said the number 18 who won her last two career titles in November 2010, at Linz, Austria, and Bali.

"I've had some great weeks and great tournaments. I can already see progress in my game since I started implementing these things."

The former world number one has struggled badly to repeat the success she achieved when she won Roland Garros three years ago.

She has also been through several coaches in recent years in hopes of finding a winning combination.

The 11th seed took an hour and a quarter to win in the Chinese capital's showcase event, saving five of six break points in the match and breaking Zheng four times.

Radwanska is bidding for a second consecutive Asian title after winning the Pan Pacific last week in Tokyo.

Local fans were pinning their hopes on Zheng after French Open winner and national sporting heroine Li Na, ranked sixth in the world, crashed out in the first round of the ATP-WTA event.

Her victor, Romanian Monica Niculescu, proved her performance was no fluke, advancing to the third round after defeating Chanelle Scheepers of South Africa 6-2, 6-1.

Second seed Victoria Azarenka also went through at the National Tennis Centre, with a 7-6 (10/8), 6-3 victory over Polona Hercog of Slovenia.