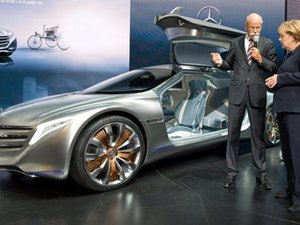 Germany's automobile market, Europe's biggest, continued to outperform its rivals in September, sector federation VDA said Wednesday, with a sharp rise in new cars sold in the country and exported.

A total of 280,800 new cars were registered in Germany, a rise of eight percent compared to the same month last year. There were 426,600 cars exported from Germany, an annual gain of six percent.

"The positive trend is continuing. Growth is admittedly slowing somewhat, but we are already well above the level of our record year in 2007 and will reach a new export record in 2011," said VDA president Matthias Wissmann.

As a comparison, the Italian car market contracted by 5.7 percent in September and the Spanish and French markets shrank by around 1.0 percent.

Since the beginning of this year, more than 2.4 million cars have been sold in Germany -- a gain of 11 percent.

"Despite the difficult situation on the financial markets, the German market is in excellent shape," the VDA said.