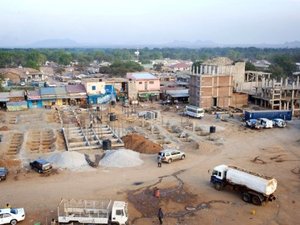 The U.S. nominee for ambassador to South Sudan on Wednesday called on the new state and its former rulers in north Sudan to reach an oil-sharing deal quickly to avert "economic stresses."

The south, which has three-quarters of the old Sudan's oil reserves, failed to reach a deal on how much it should pay for renting the North’s pipeline before it seceded and formed an independent state on July 9.

"On oil revenues and sharing whatever kind of pipeline arrangement that they make really needs to be solidified and quite quickly," Susan Page, the nominee for the first U.S. ambassador to South Sudan, told a Senate confirmation hearing.

"Right now both sides are allowing the oil to continue to flow and to be exported but, without something solid pretty quickly, both countries will really face some serious economic stresses," Page told the Senate panel.

Under the 2005 Comprehensive Peace Agreement (CPA) that ended two decades of civil war, the south held a referendum that led to its secession from the north but it has failed to reach an oil-sharing deal with the north under the CPA.

Page, whom President Barack Obama nominated to the job, also told the Senate Foreign Relations Committee that the new state must manage its oil wealth wisely and avoid harming its development prospects through corruption.

"South Sudan will receive an estimated $4 to $5 billion in oil revenues annually and will have the necessary resources to invest in building strong institutions run by capable individuals," Page said.

"This is a unique opportunity to get it right, by managing its resources efficiently, creating fiscal transparency, ending corruption, avoiding the pitfalls that beset so many resource-rich nations," she said.

Page added she would work with the U.S. Agency for International Development to provide basic services to South Sudanese, diversify their economy and speed up the development of infrastructure and investment in agriculture.

The full Senate is expected to vote on her nomination in the coming weeks.