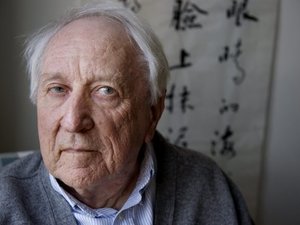 Transtromer, 80, was honored "because, through his condensed, translucent images, he gives us fresh access to reality," the jury said.

"Most of Transtromer's poetry collections are characterized by economy, concreteness and poignant metaphors. In his latest collections ... Transtroemer has shifted towards an even smaller format and a higher degree of concentration," it added.

Transtromer's reputation in the English-speaking world owes much to his friendship with American poet Robert Bly, who has translated much of the Swede's work into English, one of 50 languages in which his poems have appeared.

His poems are rich in metaphors and imagery, painting simple pictures from everyday life and nature.

His introspective style, described by Publishers Weekly as "mystical, versatile and sad", is in contrast with Transtromer's life, which shows a constant, active commitment to working for a better world -- and not just by writing poems.

In his parallel careers as psychologist and poet, he also worked with the disabled, convicts and drug addicts while, at the same time, producing a large body of poetic work.

After publishing 10 volumes of poetry, Transtromer suffered a stroke in 1990 which affected his ability to talk.

He will receive the 10 million Swedish kronor ($1.48 million) award at a gala ceremony in Stockholm on December 10, the anniversary of the 1896 death of the prize creator, Swedish industrialist Alfred Nobel.