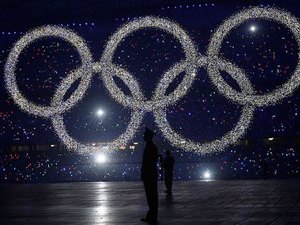 The Court of Arbitration for Sport (CAS) ruled on Thursday that the rule banning athletes suspended for doping for six months or more from competing at the Olympics was "invalid and inapplicable".

Several American athletes, including reigning Olympic 400 meters champion LaShawn Merritt, would not have been able to compete at next year's Games in London if the rule had stood.

A CAS panel of three judges concluded that the rule did not conform to the World Anti-doping Code signed by the IOC and therefore represented a double punishment.

The panel also said that, as the IOC recognizes the World Anti-doping Code, the legislation represented a violation of its own statutes.

The rule, article 45 in the Olympic Charter, was also known as the 'Osaka rule' and was adopted in June 2008 by the IOC's executive committee.

It prevented athletes who had been banned for doping offences for a period of six months or more in the four years leading up to an Olympics from competing in the next Games.

In a statement, the IOC said it would "fully respect" the CAS's decision, despite its "disappointment".

The CAS said in its judgment that if the IOC wished to exclude athletes banned for doping from the Olympics, it was free to propose changes to the World Anti-doping Code.