Formula One: Alonso Promises No Let-up 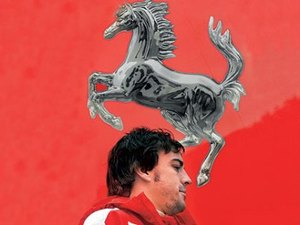 Spain's two-time Formula One world champion Fernando Alonso says he is targeting race wins rather than second place in the championship standings in the remaining five races of the season.

"In two months you completely forget the positions, so I would prefer to win one of the remaining five races (than) to be second in the world championship," said Ferrari driver Alonso, 30.

"This is the first race that mathematically we cannot fight for the championship (but) it's not that three or four races ago we had high hopes of it."

The Spaniard sits third in the title race, one point behind Briton Jenson Button. The McLaren driver is the only man with a statistical chance of delaying Vettel's world championship celebrations this weekend.

Alonso said it was business as usual.

"It's not a dramatic (change of) approach this weekend. I always feel motivated. I don't like cars overtaking me, I like to overtake cars," he said.

"I don't like to be on the third or fourth row of the grid, I want to be on pole position. This is why there is always a motivation to keep pushing."

McLaren lead Ferrari by 85 points for second place in the constructors' championship with races in South Korea, India, Abu Dhabi and Brazil remaining, and Alonso believes passing McLaren will be "difficult" -- but not impossible.

"I think the most important thing is to get second place off McLaren in the constructors' (championship)," he said.

"We will be pushing for that. In one or two of these last races, let's hope we have a car that is competitive enough to allow us to challenge."

Alonso led the 2010 championship coming into the final race of the season only to finish seventh, a result that allowed Vettel to win the title.

Should Vettel score a point on Sunday and Button does not win the 53-lap race at Suzuka, Vettel will surpass Alonso as the youngest double world champion in the sport's history.

"Sebastian has the title in his pocket, even if he decides to watch Sunday's race here on TV," said Alonso.

"I think he will enjoy this title more than the first as he is more relaxed and he has had time to see it coming. He will be able to prepare better for the party."