Formula One: My Toughest Season yet, Admits Hamilton 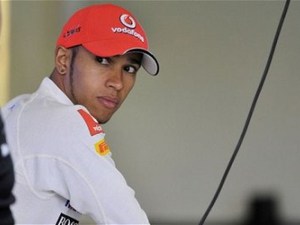 Lewis Hamilton has described 2011 as "the most trying year of my career" after being embroiled in a series of incidents that have blighted his season.

The 26-year-old Briton, who won the 2008 world championship in just his second season in the sport, has won two Grands Prix this year but sits a distant fifth in the championship.

Hamilton is a massive 141 points behind runaway championship leader Sebastian Vettel, with the German just one point away from securing his second consecutive world championship at this weekend's Japanese Grand Prix.

Speaking at Suzuka on Thursday, Hamilton admitted that his past two seasons have been difficult to accept.

He said: "Up until 2008, I've won a championship every second year of my career since I was eight years old.

"I've done pretty well until now, but I've had a couple of tough years. This has probably been the most trying year, the most testing year, of my career so far.

"I don't have an answer for it. It's not about how or what I've done this year, it is about how I rise out of it, how I rise above it, and how I come out on top at some stage."

Hamilton ran into the back of the Ferrari of Brazilian Felipe Massa in the last race in Singapore a fortnight ago, which sparked a verbal and minor physical altercation between the drivers after the race.

Massa said on Thursday that he had "nothing to say" about the incident, which came after the two drivers collided at Monaco earlier this season.

The McLaren driver insisted he had moved on from the controversy.

Hamilton said: "I'm focusing on this weekend. It's a shame we are still talking about the previous race, but that's the way it goes. I'm over it (and) it's in the past. I had my penalty so I don't feel I owe anyone.

"I don't have any problems with him. I'm sure I will see him throughout the weekend and hopefully speak about normal things."

Hamilton said he was aware of the negative press that came out of the Singapore incident with Massa, but was focusing more on learning from his mistakes than responding to the critics.

"I have an amazing job, so I cannot really complain. Regardless of people writing shit about me, I just keep my head focused on the main thing, which is to try and win races.

"Or you could drop the ball and it gives you a penalty. I seem to be dropping that particular ball quite often, but it is not always in the same place. It is easy to say you can learn from that one mistake but it is happening in other places."