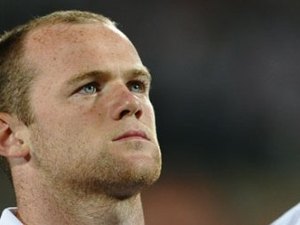 The father of Manchester United and England striker Wayne Rooney was among nine men arrested on Thursday over betting irregularities in a Scottish Premier League match, police sources said.

Wayne Rooney senior, 48, was detained at his home in Liverpool along with another seven people arrested in the city.

It is believed that Rooney's uncle Richie, 54, was also detained.

Steve Jennings, a 26-year-old central midfielder with Scottish Premier League club Motherwell, was arrested at his home in Glasgow.

The arrests were carried out by Merseyside Police in a joint operation with gambling authorities.

The investigation relates to a match between Motherwell and Hearts on December 14 last year, police said.

Jennings had already been booked during the match and was sent off for using foul and abusive language towards the referee.

Scottish Football Association Chief Executive Stewart Regan said: "While the investigation involves several other individuals (outside) Scotland, it is important to stress that the evidence gathered throughout this thorough period of investigation has involved only one Scottish match.

"Motherwell FC are aware of the situation and will issue a response in due course."