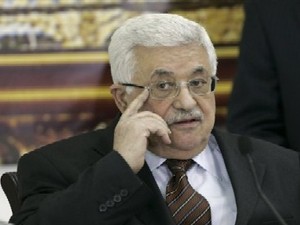 Palestinian President Mahmoud Abbas called on Europe on Wednesday to back the "Palestinian Spring" by supporting his government's bid to win a place at the United Nations.

"Today we are at the heart of the Arab Spring: we say that the hour of the Palestinian Spring has struck," he said in a speech to the parliamentary assembly of the 47-nation Council of Europe.

"You supported the Arab Spring which was seeking democracy and freedom," he said.

"Now the Palestinian Spring has arrived, asking for freedom and an end to the (Israeli) occupation.

"We deserve your support."

Abbas hailed the assembly's decision Tuesday to grant "Partner for Democracy Status" to the Palestinian National Council, the legislative arm of the Palestine Liberation Organization (PLO).

The status will enable the PNC to participate in the Europe assembly's proceedings, without voting rights.

In return the parliamentary assembly will monitor Palestinian moves in several areas, including "refraining from violence, rejecting terrorism (and) recognizing the right of Israel to exist."

Abbas last month made an application to the United Nations seeking full membership status, a move the United States has vowed to block.

Abbas said that "by submitting this request, we are not seeking to isolate Israel or delegitimize it."

"Though there were many attempts at provocation by the Israeli side, we will not let them drive us to extremism, we will not go that way."

The Palestinian leader again stressed that a halt to Israeli settlement activity was essential for resuming the peace process, and slammed demands by Israeli Prime Minister Benjamin Netanyahu's government for Israel to be recognized as the state of the Jewish people.

"What makes things more complicated is the fact that the Netanyahu government is insisting on laying down new and impossible conditions which have no basis in the terms of reference for peace or the resolutions adopted under international law," he said.

"The demand that the Palestinians recognize Israel as a 'Jewish' state is an unacceptable precondition, because there is a danger that it will turn the conflict raging in our region into a destructive religious conflict," he warned.

"Faced with the increasing suffering of our people under the occupation" and stalemate in negotiations with Israel, "our only alternative has been to turn to the international community and call on it to take action to open up new horizons for the peace process, through recognition of the state of Palestine, on the basis of the 4 June 1967 borders, and accept its accession as a full member of the United Nations," he said.

Separately, Abbas told parliamentarians that his Palestinian Authority continued to support the release of Israeli soldier Gilad Shalit, seized by Gaza militants in June 2006, in exchange for the freeing of Palestinian prisoners in Israeli jails.

"Now there are efforts to have a package deal between Hamas and Israel led by Egypt such as Shalit would be released in return for a number of Palestinian prisoners," he said. "We support such an agreement."