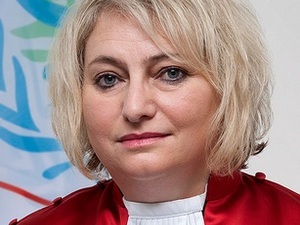 Judge Ivana Hrdličková of the Czech Republic has been elected President of the U.N.-backed Special Tribunal for Lebanon that is probing ex-PM Rafik Hariri's assassination, the STL announced on Wednesday.

"Judge Ralph Riachy of Lebanon has been re-elected as Vice-President," the court added in a statement.

"The Judges of the Appeals Chamber, who met today, elected Judge Hrdličková and Judge Riachy for a period of 18 months, starting from 1 March 2015," the STL said.

Hrdličková began her career as a Judge in 1990 and has presided over both civil and criminal cases. She holds a PhD from the law faculty of Charles University in Prague in Islamic Shari'a law and speaks Arabic.

She was appointed an Appeals Chamber Judge in November 2012.

The President of the tribunal has a wide range of responsibilities including "oversight of the effective functioning of the Tribunal" and "the good administration of justice, as well as representing the STL in relations with States, the United Nations and other entities."

Baragwanath, who remains an Appeals Chamber Judge, has served as President of the Tribunal since October 2011.

"For more than three years it has been my privilege to be able to serve Lebanon and its people as President of the Tribunal,” said Baragwanath.

“As a judge of the Appeals Chamber I now look forward to supporting my very able and competent successor, Judge Hrdličková, as she assumes her new role and responsibilities at the beginning of a new mandate for the STL," he added.

Hariri was assassinated in a massive bombing that targeted his convoy in central Beirut on February 14, 2005.

The U.N.-backed STL is trying five Hizbullah members in absentia over their alleged involvement in the murder.

She's a Saudi-Takfiri-Zionist from the Wahabi canton of Czech Republic. LOL.