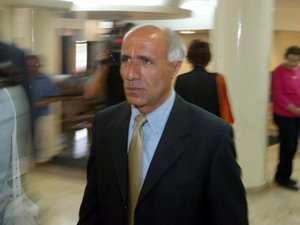 Vanunu, under orders to stay in Tel Aviv and not to speak to journalists, "has proved several times he cannot be trusted and does not respect the letter of the law," Supreme Court judges said in turning down his appeal.

The prosecution charged he posed "a real danger to the security of Israel," while the judges stressed the 56-year-old former nuclear technician had contacts with unspecified "foreign elements."

He was released in 2004 but banned from travel or contact with foreigners without prior permission. He has since been sanctioned more than 20 times for breaking the rules.

Israel is widely believed to be the only nuclear-armed power in the Middle East, with between 100 and 300 warheads, but it has a policy of neither confirming nor denying that.

The Jewish state has refused to sign the nuclear Non-Proliferation Treaty or to allow international surveillance of its Dimona plant in the Negev desert of southern Israel.