Djokovic Pulls Out of Shanghai Masters 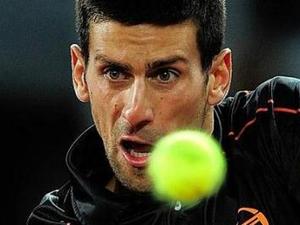 World number one Novak Djokovic has withdrawn from next week's Shanghai Masters after failing to recover from a troublesome back injury, organizers said Friday.

Djokovic apologized for the pull-out, which deprives Shanghai of another star name after Roger Federer decided to skip the tournament to rest and deal with nagging injury problems.

"I am sorry not to be playing in Shanghai, one of my favorite tournaments, but I have not recovered yet from my injury," Djokovic said in a statement.

"I did another check this week and the results are not good so I need to continue my rehabilitation."

Djokovic's back injury flared during his U.S. Open final against Rafael Nadal and last month he was in tears as it forced him to concede the deciding fourth match of Serbia's Davis Cup tie against Argentina.

Djokovic, 24, has lost just three matches against 64 wins this year, a run that has brought him 10 titles including the Australian Open, Wimbledon, the U.S. Open and five Masters trophies.