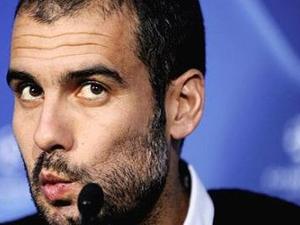 Barcelona coach Josep Guardiola says he does not want a long-term contract with the European champions because he needs to feel free to decide his future so as to perform at his best.

The 40-year-old has preferred to sign one-year contract extensions since he was promoted from Barcelona's B team in June 2008 to replace Dutchman Frank Rijkaard in charge of the senior team.

His contract with the defending Spanish and European champions expires in June 2012.

"I work better if I think I have the freedom to decide my future. Being tied to a contract for a long time makes me anxious and that can make you lose your passion."

Barcelona had gone two years without winning any silverware before Guardiola took charge but the club has since won three La Liga titles and two Champions League trophies.

Asked about his plans for the future, Guardiola said: "I have no idea. If they still want me and I feel like it, I will stay. If they don't want me, they fire me, I will do whatever comes up."

He added: "In my profession you have to make decisions depending on what is happening. There will be a day when I no longer feel like being with my players, just as they will not feel like being with me, and at that moment I will have to go find others to make those plans for the future."

Barcelona are one point ahead of arch rivals Real Madrid at the top of the Spanish league table.