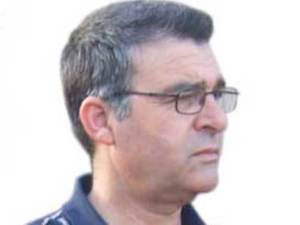 A top Kurdish activist and nine other people were killed Friday as thousands rallied in support of a new opposition front, activists said, as Washington accused Syria of escalating attacks on dissidents.

The latest violence came as Russian President Dmitry Medvedev said President Bashar al-Assad will have to leave power if he fails to implement reforms acceptable to the opposition, and Damascus again blamed "terrorists" for the unrest.

Kurdish activist and opposition spokesman Meshaal Temmo, 53, was killed when four masked gunmen stormed his house in Qamishli in the north and opened fire, also wounding his son and another fellow activist in the Kurdish Future Party, activists said.

Assad's regime is escalating its tactics against the opposition with bold, daylight attacks on its leaders, the US State Department charged.

"This is a clear escalation of regime tactics," State Department spokeswoman Victoria Nuland told reporters, referring to reports of Temmo's murder, as well as the beating on Friday of former MP Riad Seif.

Nuland said both opposition leaders were attacked in broad daylight.

"We've obviously had a number of opposition folks arrested. We have had reports of torture, beatings, etc, but not on the streets in broad daylight," she added. The tactic is "clearly designed to intimidate others."

The official SANA news agency reported Temmo's "assassination" but gave a different account of his death, saying he was killed "by gunmen in a black car who fired at his car."

Temmo, a member of the newly formed Syrian National Council (SNC) opposition grouping, had been released recently after three and a half years in prison.

SNC spokeswoman Basma Kodmani said the regime had "crossed a new stage in the strategy of repression. All opposition leaders must protect themselves."

Elsewhere, four civilians, including two elderly men, were shot dead in the central city of Homs by security forces and four others on the outskirts of Damascus, the Syrian Observatory for Human Rights said.

A 10th man died after being shot by security forces in the flashpoint northern town of Jisr al-Shughur near the Turkish border, the Local Coordination Committees activist network reported.

Meanwhile, ex-MP Seif had to be given hospital treatment after being beaten outside a mosque in the capital's commercial neighborhood of Medan.

Mosques in Syria, as happens every week, again became springboards for Friday anti-regime protests, also this time in support of the SNC, formed to represent the main opposition groups, activists said.

Demonstrators in the restive Damascus district of Barzeh carried slogans affirming their "complete support" for the SNC, YouTube videos showed, while protesters in Homs chanted "the people want the fall of the president."

In Daraa, southern Syria, thousands trampled on giant Russian and Chinese flags, in a sign of discontent at the two U.N. Security Council members blocking a resolution calling for "targeted measures" against Assad.

In the face of international condemnation, Syria's deputy foreign minister said more than 1,100 people have been killed by "terrorists" in the revolt that has shaken the country since March.

"Syria is grappling with terrorist threats," Faysal Mekdad said in a speech to the 47-state U.N. Human Rights Council.

The U.N. Committee on the Rights of the Child, meanwhile, said at least 187 children were among the estimated total of more than 2,900 people killed since Syria launched its brutal crackdown on dissent.

"If the Syrian leadership is unable to undertake these reforms, it will have to go. But this is something that has to be decided not by NATO or individual European countries but by the people and leadership ofSyria," he said.

Russia on Friday said the office of one of its energy companies was attacked in Syria by opposition forces it claimed were increasingly resorting to "terror" tactics.

The foreign ministry said the Stroytransgaz Company’s office in Homs came under gunfire on Wednesday. It reported no injuries but said security at all Russian facilities in Syria has been stepped up.

In wielding its veto on Tuesday, Russia said it feared the U.N. draft could be used for military action against Syria. Russia, China and others still accuse NATO of abusing U.N. resolutions on Libya to launch air strikes this year.

I see Assad’s hands all over his death.... only the thugs and the killing machine of Assad capable of doing this. I say guilty guilty guilty