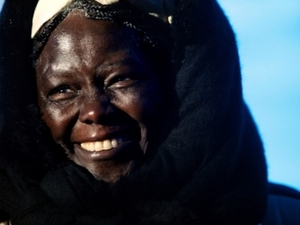 Kenyans are bidding farewell to the first African woman to win the Nobel Peace Prize in a state funeral marked with prayers, praises and tree planting.

Hundreds of Kenyans, including President Mwai Kibaki and Prime Minister Raila Odinga, amassed at a landmark park in Kenya's capital, Nairobi, to attend prayers held for the late Wangari Maathai.

The laureate, best known as the Tree Mother of Africa, founded the Green Belt Movement which planted 30 million trees throughout Kenya.

Maathai won the peace prize award in 2004. She was cited for her work in conservation and women's rights which led her to take on the repressive regime of former President Daniel arap Moi.

Maathai died late last month after a long battle with cancer. She was 71.