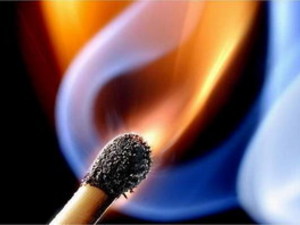 An Algerian woman who had been evicted from her flat in Oran died after setting herself and her three-year-old son on fire, police said Saturday.

"She died at Oran university hospital" on Thursday, a policeman who spoke on condition of anonymity said, adding that the 35-year-old woman's son survived but had serious burns.

According to neighbors quoted in the Algerian press, the divorced mother of two had bought the flat with all her savings for 21,000 euros (28,000 dollars).

They said it appeared the flat was bought without all the necessary legal documents and that the rightful owners had reclaimed their property, making the family homeless.

A teenager set himself on fire after failing his exams earlier this week also in the western city of Oran. He is in critical condition.