Ruins May Be First Roman Catholic Church in Peru 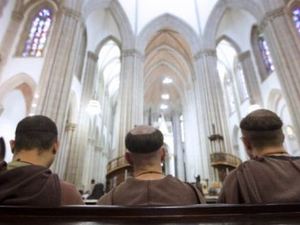 Archaeologists say they've discovered the ruins of what is believed to be Peru's oldest Roman Catholic church.

The church outside the northern coastal city of Piura was built in 1534 but its mud walls deteriorated over time as Spanish conquistadors abandoned the area, said archaeologist Cesar Astuhuaman of Piura University.

Historical documents discovered in an archive in Sevilla, Spain, helped Peruvian and Spanish academics discover the ruins, whose rectangular stone perimeter remains intact along with an altar, he said in a phone interview Friday.

The church was part of the first settlement established in Peru, which would become the seat of Spanish colonial power, by adventurers led by Francisco Pizarro.

The settlement was called San Miguel and emerged two years after the arrival of the Spaniards, who would spend the rest of the 16th century destroying the Inca Empire.

Pavel Elias, a University of Piura historian involved in the project, said he found proof of the church in documents in the General Archive of the Indies in Sevilla.

"The evidence is a document sent to (Queen) Juana I in 1539 by a Spanish monk which mentions the church and a will from 1548 by the Spaniard Anton de Carrion, a Piura inhabitant who asks to be buried in the Church of San Miguel de Piura," said Elias.

Astuhuaman said scientists found in the church's entrance area "the skeleton of a woman with feet pointed toward the altar, an earring and a crucifix."

An archaeologist at Lima's Catholic University who was not involved in the project, Ines del Aguila, told The Associated Press that the discovery "is an important contribution to the history of Peru."