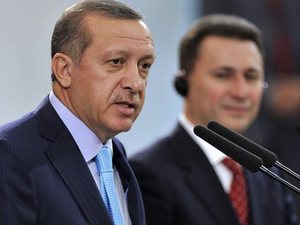 Israeli President Shimon Peres has sent a letter of condolence to Turkish Prime Minister Recep Tayyip Erdogan on the death of his mother, the Anatolia news agency reported Monday.

"From my experience, I know very well the deep sense of grief, feeling like an orphan and the boundless sorrow of your loss," Peres was quoted as saying in the letter.

Tenzile Erdogan died at an Istanbul hospital on Friday days after a gall bladder surgery. She was 88, according to the official Anatolia agency.

The Israeli president's letter comes as relations between Turkey and Israel have sunk to new lows over the Jewish state's deadly raid on a Gaza-bound Turkish aid flotilla, which killed nine people on May 31, 2010.

Last month, Turkey expelled the Israeli ambassador and froze military ties because Israel refuses to apologize for the incident.

Ankara has also threatened to send warships to escort any Turkish vessels trying to reach Gaza.