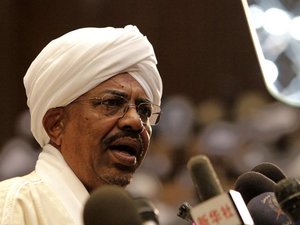 Sudanese President Omar al-Bashir will travel to Doha on Monday to hold talks with the Qatari emir, the official SUNA news agency reported.

"The president will hold talks with His Highness Sheikh Hamad bin Khalifa al-Thani, emir of Qatar, dealing with the promotion of bilateral relations between the two countries and issues of common interest," SUNA said.

The two-day visit comes amid serious concern about Sudan's deteriorating economic situation following the secession in July of the south, where most of the country's oil -- Khartoum's main foreign currency earner -- is produced.

Since then, Sudan has witnessed accelerating inflation and a sharp devaluation of its currency, the Sudanese pound.

The government has had to introduce an array of austerity measures to cope with the loss of revenue, and has repeatedly appealed for international help to alleviate its crippling debts, estimated at around $38 billion.

With a U.S. trade embargo in place since 1997, Khartoum has depended heavily on its Asian and Gulf allies for support.

Bashir, who is wanted by the International Criminal Court on suspicion of war crimes in Darfur and is shunned by the West, has travelled to Doha many times, most recently in July to sign a Qatar-brokered peace agreement with one of the rebel factions in the war-wracked western region.