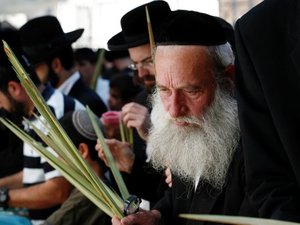 Israelis were on Monday officially advised to steer clear of the Sinai peninsula in neighboring Egypt during the upcoming Jewish festival of Sukkot, the anti-terror bureau said in a statement.

"In light of the upcoming holiday of Sukkot, the anti-terror bureau reiterates its severe travel warning in respect to the Sinai, and recommends against travelling there," it said, urging all Israelis currently staying to "leave the area immediately" and return to Israel.

Resorts dotted along the Red Sea in the Sinai are a popular holiday destination for Israelis seeking a relatively cheap break in the sun.

But since the start of the massive uprising in Egypt which toppled president Hosni Mubarak, security in the peninsula has deteriorated significantly, with Egypt sending troops into the area to try to bring it back under control.

Over the past eight months, militants in the Sinai have blown up a pipeline supplying gas to the Jewish state at least six times, and in August, a group of gunmen infiltrated Israel from the peninsula and carried out a series of deadly shooting attacks which left eight Israelis dead.

Sukkot, which begins at sundown on Wednesday, is a week-long holiday when people eat and sleep in makeshift booths in their gardens to remember the tents in which the Bible says the Jewish people lived for 40 years in the desert.

The holiday, which is also known as the Feast of Tabernacles, is one of three pilgrimage festivals when Jews are commanded to visit Jerusalem.