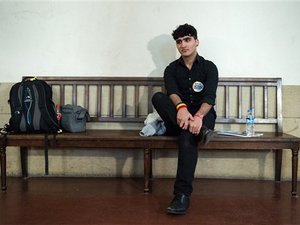 A Berlin court has fined three Lebanese men on allegations they seized a 15-year-old relative against his will in what he says was an attempt to force him into marriage because he's gay.

State Court spokesman Tobias Kaehne said Thursday the boy's father and two uncles were each fined 1,350 euros ($1,430), or 90 days in jail, if they don't pay.

According to the complaint, in 2012 they took the boy, now 18, and forced him into a car and set off for Turkey. They were stopped at the Romania-Bulgaria border, and the boy was returned to Germany.

There are few other details in the complaint, but the boy told Berlin's Tagesspiegel newspaper he had come out as gay and his father decided to force him into marriage.