France Says Assad Talks would be 'Scandalous Gift' to IS 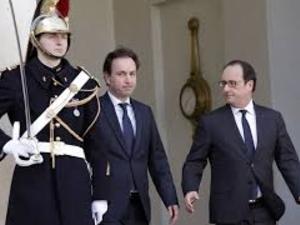 French Foreign Minister Laurent Fabius on Monday rejected any role for President Bashar Assad in Syrian peace talks, saying it would be a "scandalous gift" to the Islamic State group.

Fabius' comments came a day after U.S. Secretary of State John Kerry acknowledged that talks with Assad were necessary to bring the bloody conflict in Syria to an end as it enters its fifth year.

"The solution is a political transition which would preserve regime institutions, not Mr. Bashar Assad. Any other solution which would keep Mr. Assad in the saddle would be an absolutely scandalous, gigantic gift to Daesh," Fabius said in Brussels, using another name for IS.

"The millions of Syrians who have been persecuted by Assad would transfer their support to Daesh. Obviously that must be avoided."

The French minister said he had spoken to Kerry on Monday morning and that the top U.S. diplomat "assured me that there was absolutely nothing new in the American position on Syria."

On Sunday Kerry's spokeswoman had quickly clarified the remarks that the U.S. envoy made in a television interview, insisting that Washington's policy was unchanged and Assad had no role in Syria's future.

Washington has previously insisted the U.S. must step aside and can have no role in Syria's future.

EU foreign policy chief Federica Mogherini said that she understood Kerry was referring to the Syrian regime and not Assad.

"I don't think he was referring to Assad himself but to the regime," she told a press conference after a meeting with EU foreign ministers.