Six Charged in France for Holding Woman as Sex Slave 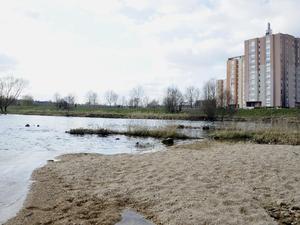 Six men and women were charged Sunday for the rape and torture of a young woman allegedly held as a sex slave in France for more than a month, beaten and forced to engage in bestiality.

The 20-year-old victim, who has mental health difficulties, was allegedly held prisoner in the city of Verdun in northern France.

Local media reported that she managed to escape by convincing her captors to allow her to get her bank card from a former teacher, who alerted authorities after seeing the condition she was in.

The six suspects, three men and three women between the ages of 19 and 27, have been charged with rape and acts of barbarity said Alexandre Rolland, one of their lawyers. Some were also charged with illegal confinement, he added.

The suspects "acknowledge the facts without realizing their seriousness", one judicial source told Agence France Presse.

The victim allegedly met two of the women while staying in a youth hostel for young workers, according to a person familiar with the case.

They convinced her to come back to their home where she was brutally abused, particularly by the women's friends, who allegedly burnt and beat her, forced her to dive into an ice-cold river, shaved her head, made her eat cat food and engage in bestiality, the source said.

"In the beginning, they were single blows. After, stronger and stronger, worse and worse abuse," said the source, describing "unbelievable atrocities".