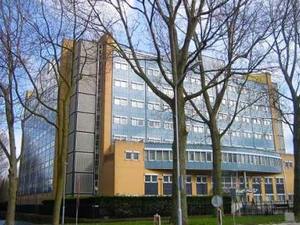 British Ambassador Tom Fletcher announced on Monday that the UK would be contributing an additional £1 million, around $1.5 million, to the Special Tribunal for Lebanon that is trying the suspects in ex-PM Rafik Hariri's assassination.

Fletcher made the announcement during a phone call with Prime Minister Tammam Salam, the British embassy said in a statement.

It quoted the diplomat as saying that he discussed with Salam “how upholding the rule of law is key to Lebanon’s long term stability.”

The additional funding will allow the tribunal “to continue its important work to end the culture of impunity for political violence in Lebanon,” he said.

“As the trial enters its second year and witnesses are brought before the court, it is vital that international support continues," Fletcher stated.

“This contribution brings the UK’s investment in Lebanon’s stability to a total of £230 million this year," he added.

The UK has contributed £5.7 million to the STL in the last four years. The figure for total British support to Lebanon includes humanitarian aid, development assistance for host communities, and support to the Lebanese state.

Five Hizbullah members have been charged with plotting Hariri's Feb. 14, 2005 assassination in a massive explosion at the Beirut seafront but have not been arrested. Their trial in absentia began in January 2014 and is ongoing.

One day the truth will appear in full light.

Thank you U.K for helping Lebanon discover the assassins.