Romania to Expel Seven for Recruiting for Al-Qaida, IS 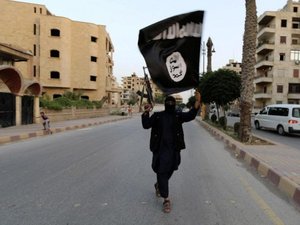 Romania will expel seven foreign nationals accused of recruiting members for the Islamic State group and Al-Qaida and propagating their ideas in the eastern European country, officials said Saturday.

The Bucharest court of appeal this week ruled in separate cases that the seven should be prohibited from returning to the country for between three to seven years, Romania's interior intelligence agency SRI said in a statement.

Six of the foreigners made up a group "affiliated to radical ideologies of the Al-Qaida and Islamic State terrorist groups" and carried out "Islamic extremist propaganda... (and) recruitment for religious and military training in conflict zones affected by terrorism," the statement said.

The seventh, a Tunisian national, expressed "a wish to become a martyr" for a terror group and made "constant steps to attract new supporters."

Hundreds of foreign fighters, many of them from Europe, have joined the IS jihadist group that has grabbed control of large swathes of war-torn Syria and Iraq.