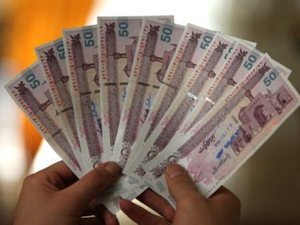 The United States is seeking international support for fresh sanctions against the Central Bank of Iran, a Treasury official said Friday following an alleged plot to kill the Saudi envoy in Washington.

"We are engaging in an effort to develop the multilateral support that would be critically important in having an action against the CBI really be effective," sanctions czar David Cohen told the House Foreign Affairs Committee.

Most Iranian banks, including the CBI, have been under comprehensive US sanctions for nearly 20 years, and any U.S. dealings with them are illegal.

"The real question is, can we, by taking another action against the CBI, by designating the CBI... either under our non-proliferation authority or under our counterterrorism authority, can we elicit multilateral respect for that action? That work is under way," Cohen said.

Worried mainly about Iran's nuclear ambitions but also about its alleged support for terrorism, successive US administrations have until now failed to convince their partners, especially Europeans, to adopt multilateral sanctions against CBI.

Such specific designation against the central bank, whose core interests include financing the country's oil and other energy projects, could force any foreign company to choose between doing business with the bank or with the United States.

Experts say such a decision would have profound implications for foreign banks, Iran's coffers and the stability of the Iranian currency.

Howard Berman, the ranking Democrat on the committee, said there was a strong case for targeting the central bank.

"Our best hope for slowing the Iranian nuclear train is to bring its financial machinery to a grinding halt," Berman told the committee.

"And sanctioning banks and companies in other countries that do business with Iran's central bank would have a uniquely powerful impact on the Iranian economy," Berman said.

And that's why I think the most dramatic measure we could take .... is designating Iran's central bank as a facilitator of terrorism and the development of weapons of mass destruction."

Cohen's appearance in a second straight day of congressional testimony comes as the United States weighs its response to an alleged Iranian assassination plot that would have been carried out on US soil.

In the wake of the alleged plot's revelation, the Treasury Department introduced sanctions against five people linked to one branch of Iran's military and against the country's second-largest air carrier.

On Thursday, Cohen, under secretary for terrorism and financial intelligence, said these and other measures were already taking their toll.

"Our efforts are paying off. Iran is now facing unprecedented levels of financial and commercial isolation. The number and quality of foreign banks willing to transact with designated Iranian financial institutions has dropped precipitously over the last year," he said.

"Iran's shrinking access to financial services and trade finance has made it extremely difficult for Iran to pay for imports and receive payment for exports," he told a Senate hearing Thursday.