Saudi Warns it Will Not Tolerate Riots during Hajj 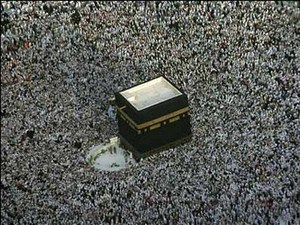 A top Saudi official warned on Saturday that the kingdom will not tolerate any riots at the annual Muslim pilgrimage to Mecca next month, at a time of rising tension with Iran.

"We will not allow anything that would disrupt the peace of the hajj pilgrimage and disturb the pilgrims. That is why we shall not tolerate any damage, riots or chaos during the season of hajj or out of it," Prince Khaled al-Faisal, governor of Mecca province, told reporters.

"The most important responsibility for this country is ensuring the comfort and security of the pilgrims," added the Saudi royal who heads the committee for the hajj.

Pilgrims have already begun to arrive in western Saudi Arabia for the hajj, which this year peaks in the first week of November with all pilgrims, numbering over two million, gathering in the plain of Arafat, just outside Mecca, home to the holiest shrine in Islam.

The Saudi warning, echoing similar stern messages from authorities ahead of every annual pilgrimage, coincides with a dramatic rise in tension between Riyadh and Tehran.

The U.S. Justice Department on Tuesday accused elements in Tehran of plotting to assassinate the Saudi ambassador to Washington, a charge strongly denied by Iran but which Saudi Arabia wants to take to the UN Security Council.

Saudi security forces have in the past clashed with Iranian pilgrims holding anti-U.S. and anti-Israeli protests. In 1987, police efforts to stifle such a demonstration sparked clashes in which 402 people died, including 275 Iranians.