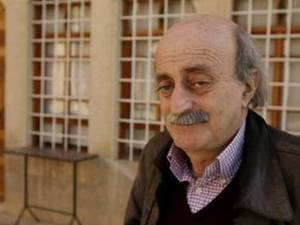 Progressive Socialist Party leader MP Walid Jumblat is expected to travel to The Hague in order to give his testimony before the Special Tribunal for Lebanon that is examining the assassination of former Prime Minister Rafik Hariri, media reports said Friday.

Al-Mustaqbal daily stated that he is scheduled to travel to the Netherlands in 48 hours.

He is set to appear before the tribunal on Monday.

The testimony will focus on information he has over Hariri's murder and the circumstances that preceded and followed it, said al-Joumhouria newspaper.

Hariri was killed in a massive bombing in Beirut on February 14, 2005.

Five Hizbullah members have so far been indicted in the crime.

The STL kicked off its proceedings in January 2014.

A number of witnesses, including lawmakers and journalists, have so far given their testimonies.

Among them were head of the Mustaqbal bloc MP Fouad Saniora and MP Marwan Hamadeh.

Hey vulturedown and peaches, when will you guys be witnesses? We all know you guys were there to begin with, after all you claim to already know whom killed Hariri.

thx FT for saying that aoun just says any thing according to the propaganda of the day... yesterday he said it was the syrians and now? israel as he is allied with hezbis? and tomorrow?

it only proves that your aoun just says about anything and changes his mind according to the highest bidder....

pityful idiot still defending a lunatic... but between lunatics no wonder....

It's a bold edged miracle