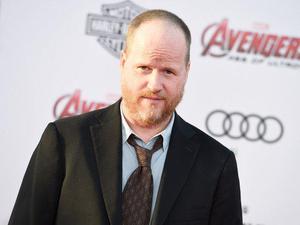 If there’s anything to be gleaned about Joss Whedon’s worldview from his hit show Firefly, it might be that he’s pessimistic about the future of politics.

“Nothing will change in the future,” Whedon, who also wrote and directed the enormously successful Avengers movie, once said about the dystopian universe depicted in Firefly. “Technology will advance, but we will still have the same political, moral, and ethical problems as today.”

On Earth Day — Whedon revealed that he thinks one of those political problems of today is climate change. In a series of tweets, the Buffy the Vampire Slayer creator chastised U.S. politicians who don’t accept climate science, saying they are denying “basic scientific truth.”

“The climate IS changing — if we can’t, that makes us dumber than weather #ClimateChangeIsReal,” he tweeted. “Policy makers who deny basic scientific truth should also be denied penicillin, horseless carriages, [and] air time on the magic box of shadows,” read a subsequent tweet.

While conservatives decried Whedon’s “no penicillin” rhetoric as “unhinged,” his logic is not new. Many high-profile scientists have suggested that politicians who deny climate science are arbitrarily picking and choosing which kind of science they want to believe is true. So, while they benefit from the scientific method in other areas — modern medicine, engineering, and so on — they choose to reject it in areas where it’s politically inconvenient.

Astrophysicist Neil deGrasse Tyson has put it similarly. “Science is not there for you to cherry pick,” he has said. “You can decide whether or not to believe in it, but that doesn’t change the reality of an emergent scientific truth.”

As it stands now, 97 percent of climate scientists agree that climate change over the last 100 years is “very likely” due to human activities, according to NASA. In addition, the latest report from the United Nations Intergovernmental Panel on Climate Change (IPCC) — a panel made up of 1,250 international climate experts and approved by every major government in the world — states that it is 95 percent sure that humans are the main cause of current global warming.

That scientific consensus, however, does not reflect itself in U.S. politics. Right now, 53 percent — or 131 members — of the Republican caucus in the House of Representatives deny that human-caused global warming is occurring, according to a Center for American Progress analysis. In addition, 70 percent of Republican Senators are on record expressing skepticism about the validity of climate science.