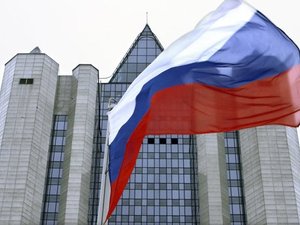 The two leaders are scheduled to meet in the Ukrainian leader's industrial power base of Donetsk for a summit on regional cooperation but energy is expected to top the agenda.

Medvedev, who will be accompanied to the talks by Alexei Miller, chief executive of gas giant Gazprom, has been dangling the offer of cheaper gas in exchange for Ukraine's promise of tighter cooperation with Russia.

Kiev, which has made no secret of its European Union integration aspirations, has until now steadfastly resisted Russia's pressure.

But an unprecedented crisis with the EU has been triggered by the jailing of Tymoshenko which could make Ukraine more vulnerable to the Kremlin's advances, analysts say.

The talks follow a landmark three-way meeting between the two leaders and Russian Prime Minister Vladimir Putin at a hunting lodge outside Moscow last month and come as Ukraine reels from a diplomatic crisis in ties with Brussels.

Russia has repeatedly said it could agree to sell Kiev gas at lower prices if Ukraine cedes control of its prized Soviet-era pipeline grid. Ukraine has repeatedly resisted the pressure.

A Gazprom official could not confirm that plan Monday.

Russian and Ukrainian officials were scheduled to sign several cooperation agreements but no commercial deals were expected.

On Thursday, Yanukovych had been scheduled to travel to Brussels for talks with EU officials but following the jailing of Yanukovych's rival and opposition leader Tymoshenko, that plan is now in limbo.

"The Europeans have not confirmed the meeting, but in any case I will fly," Yanukovych said, quoted by The New York Times on Tuesday, in an interview with several U.S. and Western newspapers.

A Ukrainian court last week jailed Tymoshenko for seven years after convicting her of abuse of power in connection with a gas contract with Russia she signed in 2009.

The EU warned that the verdict risked having "profound implications", only to see Ukraine launch a new probe against the Orange Revolution leader over suspected embezzlement.

But Yanukovych appeared to reject Western calls to review the jailing, insisting on the independence of the courts.

"We are open to discussion, but I do not have the right to stand in for the Ukrainian court of law. The court is independent and makes its own decisions," Yanukovych said, quoted by The New York Times.

"We cannot very quickly change laws which have been in force in Ukraine for more than 50 years."

Ukraine is hoping to sign off on an association agreement with the European Union at a December summit in Kiev, a first step towards membership.

A European diplomat, speaking to Agence France Presse on condition of anonymity, suggested that plans for both Yanukovych's Brussels visit and the summit could be revisited, however.

"The European Union does not want to let Russia take advantage of a cool-down in its ties with Ukraine," Fyodor Lukyanov, editor of Russia in Global Affairs magazine, told AFP.

"Russia understands this and will play its own game."