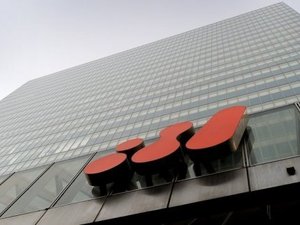 The miner, which in August posted a near doubling of its full-year net profit to US$23.6 billion, also achieved record production in the September quarter at its New South Wales Energy Coal and Illawarra Coal operations.

Iron ore production was up 11 percent on the preceding quarter with production at its Pilbara, Western Australia-based iron ore business totaling 39.572 million tons, up 24 percent on the same period last year.

BHP is investing billions of dollars in beefing up mining capacity of the steelmaking commodity in the Pilbara, betting heavily on continued demand from China and elsewhere.

Petroleum production was also a standout for the company, totaling 51.4 million barrels of oil equivalent, up 19 percent from the previous corresponding period, boosted by recent acquisitions in the United States.

However, copper was down 24 percent on the three months to June.

The company said this was due to lower ore grades and industrial action at the Escondida mine in Chile and planned smelter and refinery outages at Olympic Dam in Australia.

Nickel production also dropped, down eight percent, but metallurgical or coking coal volumes were up 17 percent on the June quarter.

The company is yet to decide whether to go ahead with the development, but if it does BHP has said the project has the potential to increase copper production from about 180,000 to 750,000 tons per annum for decades to come.