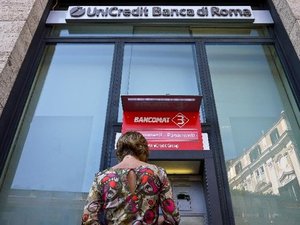 According to the sources, executives from Unicredit, including former head Alessandro Profumo, and British bank Barclays are under investigation in an operation dubbed "Brontos".

A Unicredit spokesman said the bank was "very surprised" by the funds seizure because it was "certain to have acted correctly."

According to the Milan court, Unicredit had used a complex mechanism to enable it to pay less tax in Italy by transforming interests into dividends, which are largely tax deductible in Italy.