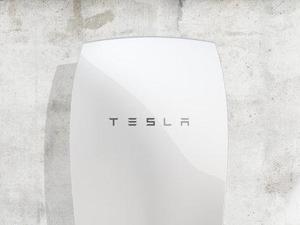 Our lust for electricity is insatiable. At night we connect a hydra of wires to our phones, computers, smartwatches and tablets. They sip at the electrons being pumped into our homes, filling their batteries to be ready for another day without being tethered to a wall. Tesla wants your house to be ready. Ready for power outages and heat waves. The company says its Powerwall home battery system can untether your home from the power grid for a few hours, which might not sound like much, but could have huge implications for the way we power our lives.

Tesla CEO Elon Musk introduced the Powerwall at his company's design studio in Southern California. He said it's a "whole integrated system that just works and is connected to the internet." The battery packs are lithium-ion cells with a liquid thermal-control system. Powerwall -- which Tesla has been testing with select customers for a year -- connects to the internet so it can track power usage and share that information with utilities.

You can reserve a Powerwall right now on Tesla's site. The device will also be available via distributors, with the 10kWh version offered to installers for $3,500, while the 7kWh model will cost $3,000. This doesn't include the cost of a DC-to-AC inverter to work with your home. (Solar cell customers will already have that inverter.) Distributors can lease the Powerwall to customers and the device will come with a 10-year guaranteed life with warranty, and will start to ship in late summer.

SolarCity has announced that it will offer the Powerwall to its existing and new customers and that it will work with the company's DemandLogic energy-storage system for businesses and government institutions. Not really a surprise considering that Musk is the chairman of SolarCity's board of directors and the company has a close relationship with Tesla.

Tesla says the 10kWh version is more for those on the grid with the ability to run a home once the power goes out. The 7kWh version is geared toward solar cell users wanting to tap into the sun's power during the evening. Customers can stack multiple Powerwalls together. Musk says you can add nine to your home.

He also says that Tesla won't do this alone. It needs partners. To that end, Musk said the patents to the Powerwall will be open.

The Powerwall is, at its core, a giant battery like the one found in your smartphone. Like your phone, when it's not connected to the grid, it still supplies energy. Currently any extra power that's produced by the utility companies is wasted; power stations ramp up supply as needed. For alternative energy sources, if the wind or sun is providing more power than what the grid requires, all that energy is similarly wasted. The state of California wants public utilities to start storing energy by 2024 to reduce that waste. Tesla's solution distributes that energy storage to individuals, giving them the opportunity to save some cash and be prepared in case of a power outage.

Tesla made the electric car more than a vehicle for environmentalists because it made it cool. It's going to be a bit tougher to make the idea of a home battery cool. But if the system manages to save you money and it means power outages can be shrugged off, then Tesla might have another hit.