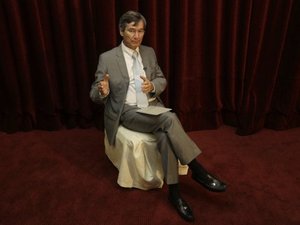 The head of the Special Tribunal for Lebanon's defense office has said that Lebanon can do a major favor for international criminal justice following the establishment of the STL.

Francois Roux told An Nahar daily in remarks published on Friday that Lebanon was able through the tragedy that led to the formation of the court to achieve a major breakthrough in international criminal justice.

The STL is the first court that looks into a terrorist crime and allows in absentia trials, he said.

Roux told An Nahar that the tribunal is the first international court to establish a defense office as an independent body.

The STL was set up in line with a 2007 U.N. Security Council resolution to look into the assassination of former Prime Minister Rafik Hariri in February 2005.

Five Hizbullah members have been charged with plotting Hariri's murder in a massive explosion at the Beirut seafront but have not been arrested.

Their trial in absentia began in January 2014 and is ongoing.

STL is the only way to reach true justice. Lebanon has been eaten by Ebola.