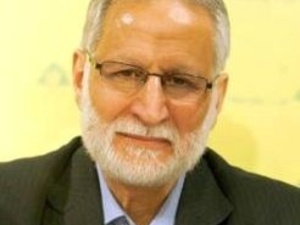 Hizbullah MP Hussein Moussawi on Wednesday saluted veteran U.S. reporter Helen Thomas' "courage" for her comments against Israel, which sparked a furor Washington and forced her to retire.

"Respected American journalist Helen Thomas' answer shows ... a courageous, bold, honest and free opinion which expresses what people across the globe believe: that Israel is a racist state of murderers and thugs," Moussawi said in a statement.

Thomas, who is of Lebanese descent, retired on Monday after coming under fire for her controversial remarks about Israel.

Asked at a May 27 "Jewish Heritage Celebration" whether she had any comments on Israel, Thomas replied: "Tell them to get the hell out of Palestine.

"They can go home, Poland, Germany, and America and everywhere else."

Thomas, the longest-serving reporter in the White House press corps, has since apologized for her comments.(AFP)

Israel is there to stay, Palestine is on the way. Both are not our problem, our corrupt politicians are.