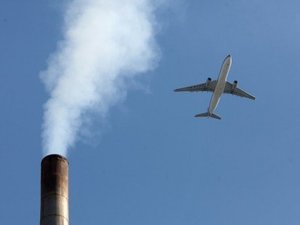 Morocco's environment minister on Tuesday announced that the North African nation will reduce its emissions of greenhouse gases by 2030 by at least 13 percent.

The announcement comes ahead of the 21st session of the Conference of the Parties to the United Nations Framework Convention on Climate Change (UNFCCC) in Paris in December.

Ministerial talks on a U.N. climate pact are currently being held in Bonn ahead of the Paris meeting.

Morocco, which will host the 22nd UNFCCC session in 2016, "is committed to reducing by 13 percent its emissions in 2030", Hakima el Haite said in an announcement.

She said the estimated $10-billion (9-billion-euro) cost will be borne by the kingdom.

The Paris conference seeks to crown a six-year wrangle in the 195-nation UNFCCC with a post-2020 pact on curbing greenhouse gases.

The goal is to limit global warming to no more than two degrees Celsius (3.6 degrees Fahrenheit) over pre-industrial levels.

The Moroccan minister said Rabat was ready for an "additional reduction of 19 percent", costing an estimated $35 billion, thanks to "international support", which would result in a total reduction effort of 32 percent in Morocco in 2030.

Nations remain deeply divided on how to measure the adequacy of national goals, and how to periodically ramp up action.

Developing economies also insist that rich countries show how they will keep a promise of mustering $100 billion a year in climate finance by 2020.

On current emissions trends, say scientists, the planet could be on track for 4.8 C of warming this century alone.