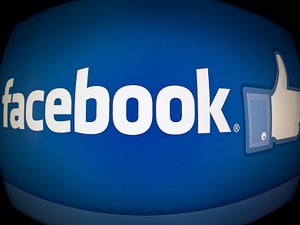 Ex-Soviet Tajikistan on Monday lifted blocks on popular websites including Facebook and YouTube it imposed after a police chief appeared in an online video announcing his defection to the Islamic State group.

A block on the Tajik service of Radio Free Europe, Radio Ozodi, was not lifted however.

Tajikistan had prevented access to the websites on May 28, a day after 40-year-old Colonel Gulmurod Halimov appeared in footage blasting the country's anti-Islamic policies and swearing loyalty to the radical group.

The secular authorities in the majority-Muslim state in Central Asia are known for blocking websites that share content potentially embarrassing to the government.

The latest blocks were among the most wide-ranging in recent years, indicating the government is rattled by Colonel Halimov's shock defection.

The American Embassy in Dushanbe last week released a statement over the blocks, including on Ozodi, which receives U.S. government funding, saying: "We urge the government of Tajikistan to lift any restrictions on Facebook, Radio Ozodi, and other Internet news and social media sites."

Halimov is the highest profile recruit to IS from formerly communist Central Asia, an economically depressed region which borders Afghanistan and shares close ties with Russia and China.

He headed the special forces unit in the Ministry of Interior and received anti-terrorism training in the United States prior to his defection, the State Department confirmed last month.

In a 12-minute clip featuring the logo of the Furat media collective believed to be controlled by Islamic State, Halimov called Tajikistan's leadership "dogs" and Americans "pigs".

"We are coming for you, Inshallah! (God willing)" he warned the Tajik government.

Halimov was placed on the Interpol wanted list last week and Tajikistan has charged him with treason and involvement in a criminal group along with other crimes.

Tajikistan's Interior Minister Ramazon Rahimzoda on Friday said that at least 412 Tajik citizens have joined Islamic State since the outbreak of war in Syria, 71 of whom have died.