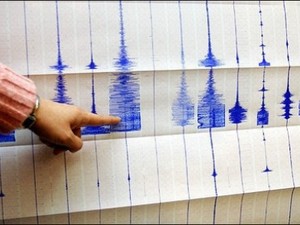 A 5.2-magnitude earthquake struck north of Athens early Tuesday morning, according to the U.S. Geological Survey (USGS), but while it was felt in the Greek capital there were no reported casualties.

According to the USGS, the quake's epicenter was 83 kilometers (52 miles) north of Athens, near the town of Malesina. It began at around 4:10 am (0110 GMT) and lasted for several seconds, waking residents in the area.

The Athens Observatory said the earthquake measured 5.3 in magnitude, and the epicenter was under the sea.

Greece is one of Europe's most earthquake-prone countries. In January 2014, several thousand people found themselves homeless on the holiday island of Cephalonia in the Ionian Islands after a 5.8 magnitude quake.