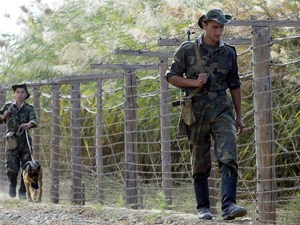 The Taliban has handed over four Tajik soldiers whom it captured in Afghanistan last year, Tajikistan's State Committee for National Security confirmed Tuesday.

A spokesperson for the State Committee for National Security told AFP the soldiers had been released "through the efforts of Tajikistan."

"The border troops are free and have been returned to their parents," the spokesperson said of the four soldiers aged between 18 and 25.

The quartet went missing in December after their unit commander sent them across the border to scavenge for firewood.

The commander was later sentenced to eight-and-a-half years in jail for abusing his position over their disappearance.

The Taliban confirmed their release in a statement on Monday, saying it was in the interests of "strengthening future relations" with Tajikistan.

Qatar maintains good relations with both the government of Afghanistan and the Taliban. It last month hosted United Nations-backed talks on a peace settlement between the two sides in its capital Doha.

Qatar boosted its ties with Dushanbe in 2011 by pledging to majority finance the construction of Central Asia's largest mosque in Tajikistan.

qatar and its tali savages