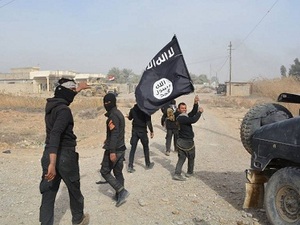 The parliament of ex-Soviet Tajikistan passed a law Wednesday annulling the citizenship of nationals fighting abroad with militant organizations including the radical Islamic State group active in Iraq and Syria.

"People will automatically be stripped of their citizenship of the republic of Tajikistan if they fight in the ranks of terrorist groups and organizations abroad," Zarif Alizoda, the central Asian country's human rights ombudsman said in parliament.

MPs voted unanimously in favor of the bill.

The impoverished republic says more than 400 Tajiks have joined the brutal IS insurgency in Iraq and Syria, including a high profile defector that once headed the special forces unit of the interior ministry.

Many nationals are recruited to fight for the group in Russia, where over a million work as migrant laborers, Tajik security services say.

In May, Colonel Gulmurod Halimov, a former commander of the interior ministry's special forces unit, shocked the country by announcing in a twelve-minute video clip appearing on YouTube that he had defected to IS as a result of perceived anti-Islamic policies in the tightly-controlled state.

He appeared again in a second online clip this month, threatening to decapitate his brother for publicly asking him to return to his homeland and face punishment.

This week, photos surfaced on social media that appeared to show Halimov being treated for injuries.

Tajik security services did not comment on the photos.

Tajikistan, which is the most remittance-dependent country in the world according to the World Bank, declared IS a terrorist organization immediately after Halimov announced his defection.