'More than 100' Tajiks Killed Fighting for IS 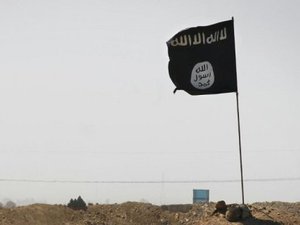 More than one hundred citizens of Tajikistan have died fighting for the Islamic State group in the Middle East, the ex-Soviet country's leader Emomali Rakhmon said Friday.

"To date more than 100 have been killed in the fighting," Rakhmon said while speaking to university students in the capital Dushanbe, listing cases of Tajik students joining the feared jihadist group from home and while studying abroad.

Rakhmon, who has been accused of using the IS threat to crack down on observant Muslims, said that people departing to join IS have "betrayed their motherland, their parents and the Hanafi madhhab", referring to the school of moderate Sunni Islam the vast majority of Tajiks adhere too.

Tajikistan, the poorest of the former Soviet republics, has a population of eight million and shares a border with Afghanistan.

Though IS has not formally acknowledged a presence in Afghanistan, some Afghan officials have warned that areas in the north of the country are being used as training grounds for foreign fighters, including from Russia's Chechnya, Tajikistan and Pakistan.

Tajik officials have also blamed the situation on the economic downturn in Russia, where thousands of Tajiks work as laborers, claiming that people are wooed by IS from places like Moscow.

The government has increased pressure on the country's largest opposition group, the Islamic Renaissance Party of Tajikistan (IRPT). Party leader Muhiddin Kabiri said in Moscow last week that he would not return home due to a probe into his past business activities.

The IRPT became an umbrella opposition bloc for moderate Muslims as well as more secular-minded Tajiks following the 1997 peace deal between the government and the United Tajik Opposition that ended a civil war in the country.

However the party missed out on parliament seats for the first time in the disputed March election which left Rakhmon's party without real opposition, leading to a harder line on religion, including a ban on importing hijabs and reports of forcible beard shaving.