Iranian-American Due to Enter Plea over Saudi Plot 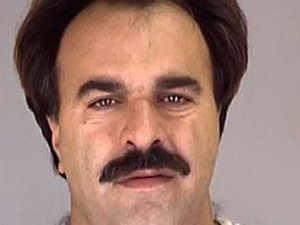 An Iranian-American accused of plotting to get Mexican gangsters to assassinate the Saudi ambassador to Washington was due in federal court Monday in New York, when he was expected to enter a plea.

Manssour Arbabsiar, a naturalized U.S. citizen holding Iranian and U.S. passports who lived for many years in Texas where he worked as a used car salesman, was arrested last month at New York's John F. Kennedy international airport.

Iran has strongly denied any involvement in what the U.S. says was a plot by the Iranian Revolutionary Guards' elite Quds force to kill the ambassador by hiring assassins from a Mexican drug cartel for $1.5 million.

To set up the alleged hit, Arbabsiar allegedly arranged for the wiring of $100,000 to the United States as a down payment, the indictment says.

The two co-defendants are also accused of planning for a "weapon of mass destruction" to be used against the ambassador, creating "substantial risk of serious bodily injury to others by destroying and damaging structures."

Arbabsiar is due to be arraigned on Monday, according to federal prosecutors.

The charges have caused another flare up in tensions between the United States and Iran, already at loggerheads over Washington's belief that Tehran is using a civilian nuclear program to mask a bomb-making project.

Iranian President Mahmoud Ahmadinejad has ridiculed the allegations, saying Tehran will not investigate the U.S. claims.

Intelligence Minister Heydar Moslehi, who heads up Iran's espionage organizations, said the U.S. allegations were "too cheap to believe."

According to the U.S. Justice Department and the FBI, Arbabsiar confessed after his arrest to trying to contract a Mexican drug cartel to assassinate the Saudi envoy, Adel al-Jubeir, possibly through the bombing of a Washington restaurant.

He allegedly said he organized the hit on behalf of his cousin, whom he described as a high-ranking officer in the Quds Force, a shadowy special operations unit of Iran's elite Revolutionary Guards.

U.S. officials said they became aware of the plot because Arbabsiar's contact in the cartel was in fact a paid FBI informant.

According to Texas property records, Arbabsiar owned several properties across the beach town of Corpus Christi, including multiple businesses.

He was involved in, or partially owned, several used car lots. Arbabsiar also owned a fast-food outlet at a local mall, according to records.

The European Union has slapped sanctions on five Iranians in connection with the plot including Arbabsiar and Shakuri, diplomats said. The measures included a freezing of their assets.

The WMD charge is the funniest... must be a CIA inside joke!