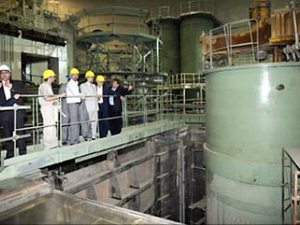 EU foreign policy chief Catherine Ashton has urged Iran to reassure the world about the nature of its nuclear drive but there is little hope talks will resume any time soon, diplomats said Monday.

Replying to a letter from Iran's chief nuclear negotiator, Saeed Jalili, Ashton called on Tehran to "demonstrate its willingness" to address international concerns, without pre-conditions, her spokeswoman told AFP.

The European Union's chief diplomat also asked Iran to "engage seriously in meaningful discussions on concrete confidence-building steps, in order to allow for a new round of talks with Iran to be convened," Said the spokeswoman, Maja Kocijancic.

Ashton's reply confirms the determination of six world powers -- the United States, Britain, France, Germany, Russia and China -- to work "towards a comprehensive negotiated solution" that restores confidence "in the exclusively peaceful nature of the Iranian nuclear program," she said.

But while the letter invokes the possibility of talks "in the next few weeks," European diplomats said the atmosphere has deteriorated, notably after the United States foiled an alleged Iranian plot to assassinate the Saudi ambassador to Washington.

The Iranians "have not seriously responded to the concerns of the international community" and the country's activities "are not going in the right direction," said one diplomat.

EU leaders warned at a summit on Sunday that Iran risks new sanctions if it fails to return to international talks aimed at easing concerns about its disputed nuclear program.

The leaders urged Iran to enter "constructive and substantial talks" with international powers "in a way to arrive at a comprehensive, negotiated, long-term solution of the nuclear question in order to avoid possible further restrictive measures."

At the same time, EU leaders said they were asking their foreign ministers "to prepare new restrictive measures to be decided upon and to be implemented at the appropriate moment in the case that Iran continues neither to cooperate seriously nor to meet its obligations."

The European leaders reiterated the "commitment of the European Union to work for a diplomatic solution of this issue."