Pakistani in Self-Immolation Bid at Parliament 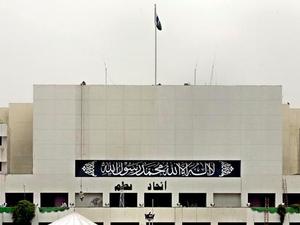 A jobless Pakistani father of two set himself alight in a suicide bid outside parliament on Monday and was rushed to hospital with serious injuries, police said.

Police officials on duty rushed to save the 35 year olds life and took him to hospital in a serious condition, Iqbal said.

Before his attempted immolation, Khan said he was fed up with poverty.

"Police officials on duty quoted him as saying he was committing suicide because he had no job and no money," the police spokesman said.

There has been a wave of self-immolations around the world in the past year, including the death in Tunisia of Mohamed Bouazizi, a 26-year-old fruit seller, whose protest grew into a popular uprising that sparked the "Arab Spring".

In southwest China, nine Tibetans have set fire to themselves over recent months in protest at what they say is Beijing's repression of their religion and culture.