WikiLeaks Suspends Publishing Due to Lack of Funds 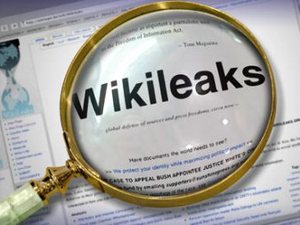 The whistleblowing website WikiLeaks said Monday it was suspending publishing classified U.S. diplomatic files to focus instead on fundraising "to ensure our future survival."

WikiLeaks founder Julian Assange said that as a result of a financial "blockade" mounted by Visa, Mastercard and other companies, it was "now forced to temporarily suspend its publishing operations and aggressively fundraise."

Many relate to the wars in Iraq and Afghanistan while others contain frank and sometimes embarrassing assessments of world leaders made by U.S. diplomats.

Assange said in a statement that since December last year, "an arbitrary and unlawful financial blockade has been imposed by Bank of America, Visa, MasterCard, PayPal and Western Union."

"The attack has destroyed 95 percent of our revenue," he added.

"The blockade came into force within 10 days of the launch of Cablegate as part of a concerted U.S.-based, political attack that included vitriol by senior right-wing politicians, including assassination calls against WikiLeaks staff."

The former computer hacker said the blockade "has cost the organization tens of millions of dollars in lost donations at a time of unprecedented operational costs".

He added: "We have commenced pre-litigation action against the blockade in Iceland, Denmark, the UK, Brussels, the United States and Australia.

"A handful of U.S. finance companies cannot be allowed to decide how the whole world votes with its pocket," he added.

Assange is currently embroiled in a fight against extradition from Britain to Sweden, where he is wanted in connection with allegations of rape. He denies the allegations and says they are politically motivated.