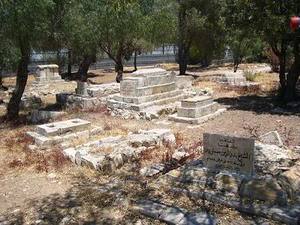 Archaeologists from Europe, the United States and the Middle East are calling for a halt to construction of a museum on the site of an old Muslim cemetery in Jerusalem, a U.S. rights group said.

The website of the New York-based Centre for Constitutional Rights (CCR) said the 84 signatories, including Israeli and Palestinian academics, had signed a letter demanding that construction of the Museum of Tolerance should be stopped "immediately."

"The latest and most invasive encroachment on the cemetery to build the 'Museum of Tolerance' involved deep excavations that resulted in the disinterment of hundreds of human bones and other important antiquities in an unscientific and disrespectful manner," said the letter, which was sent on October 20.

The letter was addressed to Jerusalem Mayor Nir Barkat and the board members of the Los Angeles-based Simon Wiesenthal Centre, a Jewish human rights group.

"The planning of the Museum of Tolerance of Jerusalem has passed all planning and legal challenges, up to and including the Supreme Court of the State of Israel," Barkat spokesman Stephan Miller said in a written response to AFP's query.

He did not say if Barkat had received the letter.

The project has sparked controversy because it is being built on land belonging to the Ma'man Allah cemetery, commonly called Mamilla, which dates from the 12th century and is the resting place of several Sufi saints.

Descendants of those interred in the west Jerusalem cemetery say it also houses the remains of soldiers and officials of legendary Muslim ruler Saladin.

"The case of Mamilla is a travesty of archaeological ethics," said Tel Aviv University archaeologist Raphael Greenberg, in a statement posted on the CCR website.

"Mamilla Cemetery should be preserved as a demonstration of respect for Jerusalem's shared heritage."

Crateed the greatest articles, you have.